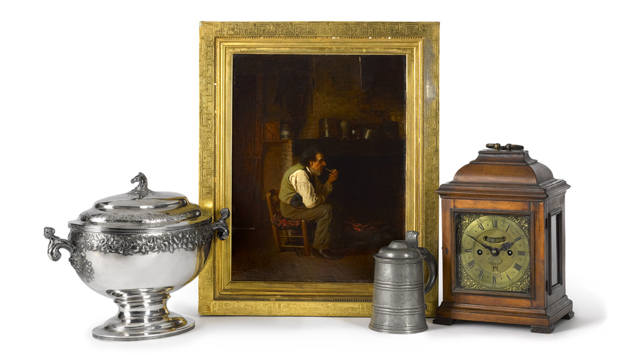 ALL TELEPHONE BIDS WILL AUTOMATICALLY START THE BIDDING AT $500.

PLEASE NOTE: ALL TELEPHONE BIDS MUST BE SUBMITTED BY 4:00 PM ON FRIDAY, JANUARY 26TH

Pook & Pook, Inc. proudly presents their winter Americana & International auction to be held on Saturday, January 27th 2018 starting at 10:00 AM. Nearly four hundred and fifty items will cross the auction block on Saturday morning in a sale featuring a variety of Americana standards including a large collection of blue decorated stoneware, an assortment of redware with slip, and fine Pennsylvania-made furniture. These items are presented alongside an assortment of international picks including a large collection of Chinese Canton porcelain, Swiss music boxes, and a group of sixty Oriental rugs.

Saturday morning is sure to be lucky as the sale opens with a collection of forty-six slot machines and trade stimulators, including thirty-nine Jennings machines. Shining chrome details, colorful spinning fruits, and a 74” carved Native American Indian Chief are just a taste of what the morning will offer. Interested bidders are encouraged to try their luck bidding on any of these spectacular examples of 20th century American history.

Thirty-six oil paintings will follow in sale, beginning with a thoughtful landscape attributed to George Inness ($2,000-$3,000). Worthy of mention too are two handsome Antonio Jacobsen maritime oil paintings (est. $3,000-$6,000) and William Sydney Mount’s costal scene, Along the North Shore, Long Island (est. $4,000-$6,000).  Works on canvas by international artists include contributions by Henri Matisse, Marcel Dyf, and a 43 ½” x 53” painting of Bacchus and Ariadne, after Titian (est. $5,000-$7,000). The offering of oil on canvas paintings culminates with an Eastman Johnson interior scene, dated ’68, retaining its original gilt frame inscribed with the artist’s name (est. $12,000-$18,000). If Eastman Johnson’s name sounds familiar to art lovers, it is because his name is also inscribed elsewhere - above the entrance of the Metropolitan Museum of Art, owing to his status as co-founder.

Also offered up on the auction block for Saturday morning is an American maple cello, bearing a label inscribed “Johann Antes me fecit in Bethlehem 1763” (est. $5,000-$10,000). Antes, an 18th century Montgomery Country resident, is credited as the first bowed string instrument maker in America, with few examples of his work still surviving. This example of an Antes cello may very well be the earliest American made cello extant.

A myriad of tavern tables, cupboards, Windsor chairs, dower chests and chests of drawers present many opportunities for buyers. An 18th century painted poplar hanging cupboard is making its second appearance in just over a decade at Pook & Pook and is expected to bring $5,000 - $10,000. Clocks up for offer include a George Eby dwarf clock (est. $20,000-$30,000), a Daniel Pratt painted wall clock ($1,000-$2000), a George II bracket clock (est. $3,000-$5,000), and several tall case clocks. Eye-catching examples of early American silver will include a tureen bearing the touch of Samuel Kirk, expected to bring $3,000 - $5,000. Other items of note include various examples of fraktur, a colorful collection of carpet balls, and a compilation of early New England silhouettes with identified locations and sitters. The Saturday morning sale will close with a collection of over sixty Oriental rugs, featuring a fine room-sized Serapi example sure to attract the eye of any experienced collector.

Interested bidders are encouraged to contact Pook & Pook, Inc. at info@pookandpook.com or (610) 269-4040 with questions regarding condition reports, online, in-house, phone or absentee bidder registration, or to purchase a printed catalog for the sale ($40). The Saturday auction will be followed by an Online Only Decorative Arts auction on Bidsquare.com, beginning at 9:00am on Monday, January 29th.  Catalogs for both sales can also be viewed online at www.pookandpook.com or www.bidsquare.com. Gallery exhibitions are scheduled for Saturday, January 20th, 9am - 1pm, Wednesday, January 24th, Thursday, January 25th, and Friday, January 26th from 10am – 4pm. On the morning of Saturday, January 27th, a two hour special pre-auction preview with breakfast will begin at 8am. Bidders planning to attend should rsvp to info@pookandpook.com. 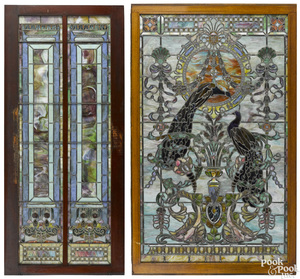 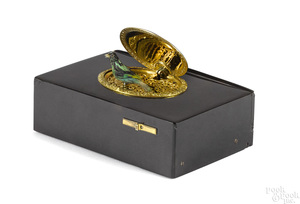 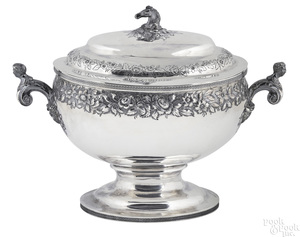